BASED ON THE BEST SELLING NOVEL BY STEPHEN FRY THE LIAR is the story of a schoolboy whose first crush - and unparalleled ability to lie, cheat and dissemble - sucks him into a wild and wonderful world of espionage.

The Liar is known as internationally renowned British institution Stephen Fry’s first (and many argue his best) novel, pulling from his own early life experiences, which became a global best-seller. It is Stephen’s semi-autobiographical tale of his adolescence, and first love, and so is the closest of all Stephen’s novels tied to the Brand “Fry”. The Liar is a fast-paced, rude, dark and very funny comedy about learning to accept who you are in life. It’s the coming-of-age tale of an unashamedly clever public school student Adrian Healey as he moves from being an outsider

in English public school life to life at Cambridge where he finds minds as devious as his own, his school pranks somehow getting him embroiled in an international espionage case. 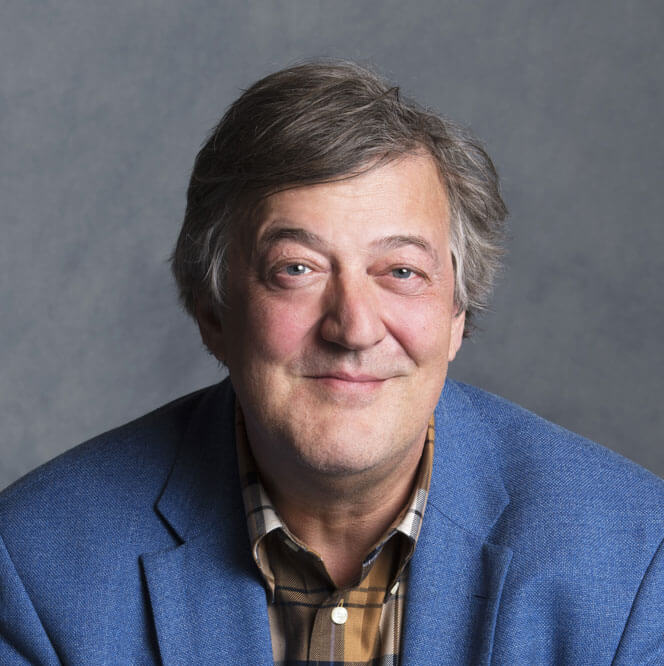 The script is commercial and is rife with wonderfully unique characters, each imbued with their own voice and unique humour. The Liar is intending to attract a wide audience which is not limited by age or gender (15-55, with an initial focus on the 45+ demographic who are Stephen’s strongest market). Other Producers have tried to replicate the success of older titles in the genre including The Full Monty, The Best Exotic Marigold Hotel, Waking Ned Devine, Kevin & Perry Go Large and The In-betweens Movie but they haven’t quite found the right material. 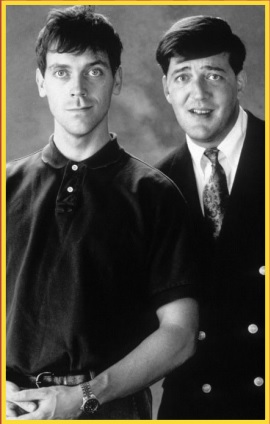 The book has over 3.5 million readers and Stephen Fry has just under 13 million twitter followers. The film also has several word of mouth articles on Stephen’s website.

Stephen Fry (author of novel) is a leading light in film, theatre, radio and television the world over, and is an accomplished and award-winning actor, household name, screenwriter, author, playwright, journalist, poet, comedian, blogger, television presenter, film director, former director of Norwich City Football Club, national treasure, and of course not forgetting Lord of the Dance. 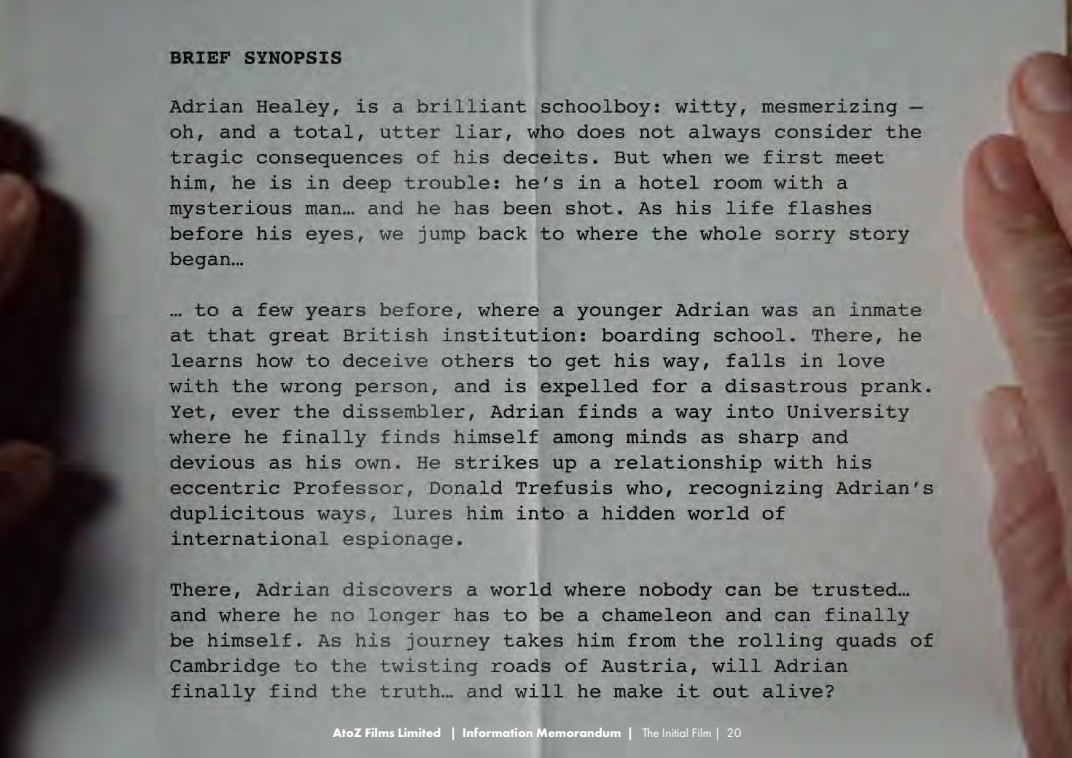 He was the first winner of The Perrier Comedy Award at the Edinburgh fringe festival in 1981 as part of the Cambridge Footlights. As a writer, producer, director, actor and presenter he has featured in works as varied and adored as Wilde, the Mayor of Rivertown in The Hobbit, Peter in

Peter’s Friends, musical ‘Me and My Girl’, the TV series Blackadder and Jeeves and Wooster, the sketch show A Bit of Fry and Laurie, the panel game QI, the radio series ‘Fry’s English Delight’, The Globe’s celebrated 2012 production of ‘Twelfth Night’ (as Malvolio alongside Mark Rylance), audio-book narrator of the wildly popular Harry Potter series and documentaries on countless subjects very close to his heart. He is the author of the best-selling semi-autobiographic novel The Liar (described as “brilliantly entertaining and consistently outrageous” by the Daily Mail) and Tony is honoured to be able to call on him as a mentor on that project 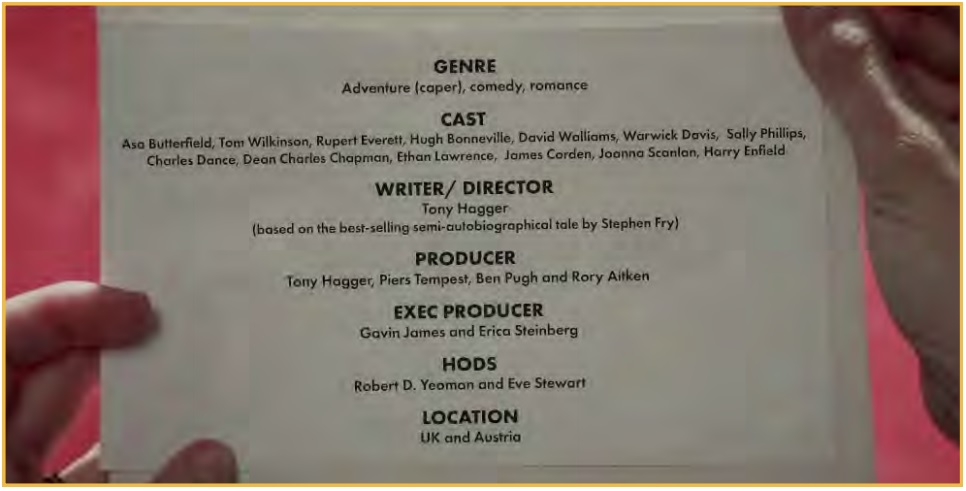 The Producers are very much of the opinion that this opening project is. The Liar aims to match the success of these films in the UK, but has been created to target an international audience as well. 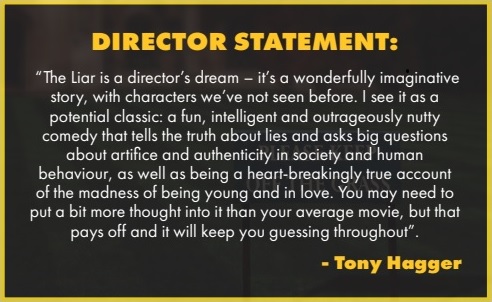 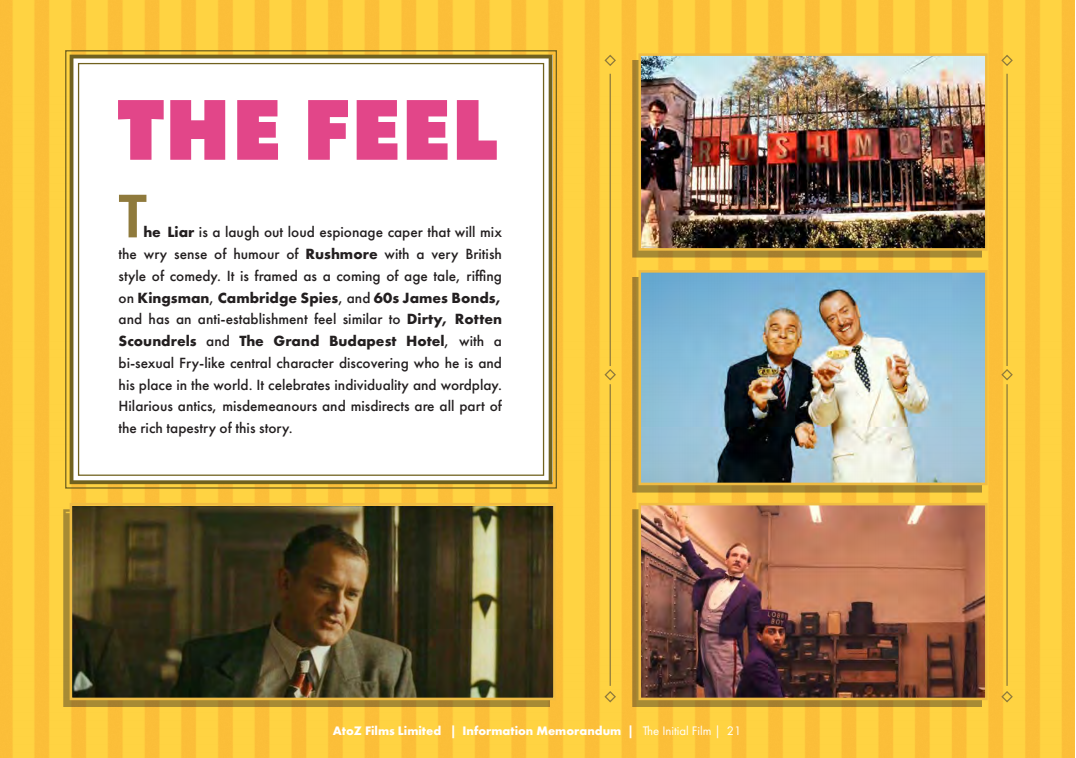 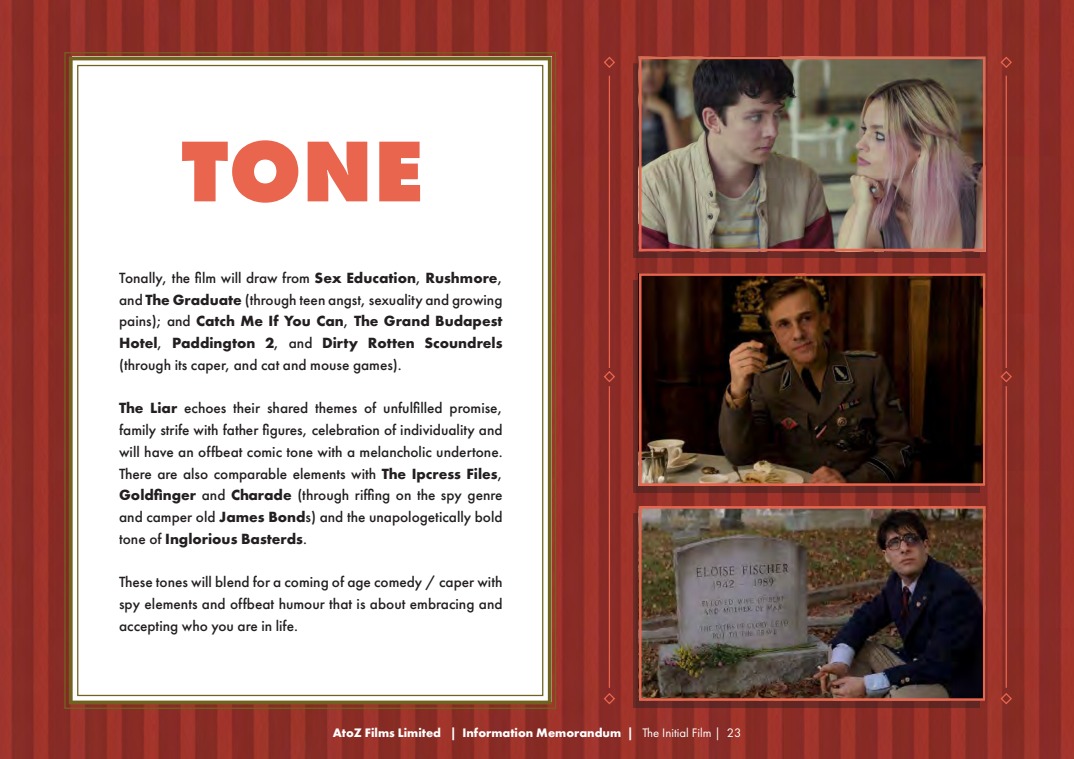 The Directors believe there are several factors that make An outstanding investment opportunity.• The Film is based upon Stephen’s best-selling novel (3.5 million plus sales) and is semi-autobiographical of Stephen Fry’s life.• Stephen is very well-known in the UK, Europe and US for his very English style of comedy. He has been described as ‘a national treasure’ by personalities (such as Prince Charles) and press in the UK.• The Film’s Director has a direct connection with Ray Davies and The Kinks and has discussed them contributing music for the Film. Mika is also interested in recording a song for the end credits and Universal Music are interested in releasing the soundtrack.• The key crew on the film have a proven track record and strong pedigree, including:1. Established Co-Producer, and Line Producer Steve Newton (My Summer of Love, 10x10)2. Executive Producer Gavin James (Enigma, Terminator 3, Alexander, Basic Instinct 2, The Railway Man).3. Executive Producer Iain Smith OBE (Mad Max: Fury Road, The Fountain, Children of Men, The Fifth Element).4. Director of Photography Bob Yeoman (all Wes Anderson’s films, Bridesmaids, Mamma Mia 2 and Spy). Production Designer Eve Stewart (The King’s Speech, The Danish Girl, Les Miserables, Cats) and Location Manager Charlie Somers (Wonder Woman). We also have an LOI from editor John Wilson (Billy Elliot, Downton Abbey).5. Prizewinning short film director Tony Hagger (including Rhode Island IFF, Cinequest, Bermuda, Atlantic FF, Clermont Ferrand and Young Filmmaker of the Year 2009’ at the Bafta Brabourne Awards).6. Top casting directors Jina Jay (Rogue One, Darkest Hour, The Lobster, The Grand Budapest Hotel, The Monuments Men, Tinker Tailor Soldier Spy, War Horse, The Lovely Bones, The Reader, Atonement) and Jessie Frost (Borg vs McEnroe, The Snowman, Mary Magdelene, Darkest Hour).• The Production team has made considerable effort to minimize the risks associated with film investment (whilst preserving as much of the investment upside as possible) through effective structuring of the business model as well as packaging a well-established and popular character, an award-winning director and a high profile cast.• The Producers will draw on their reputation and their relationships with many of the leading UK and international film distributors and sales agents to produce the film.• The producers think that this film could well be a hit Investors will receive an uncapped share of profits. 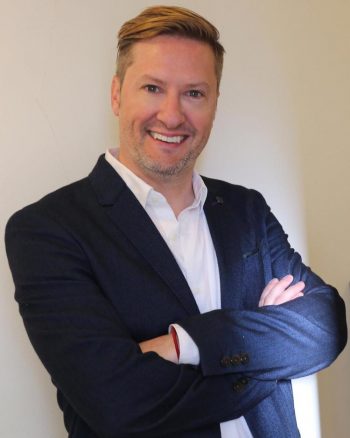 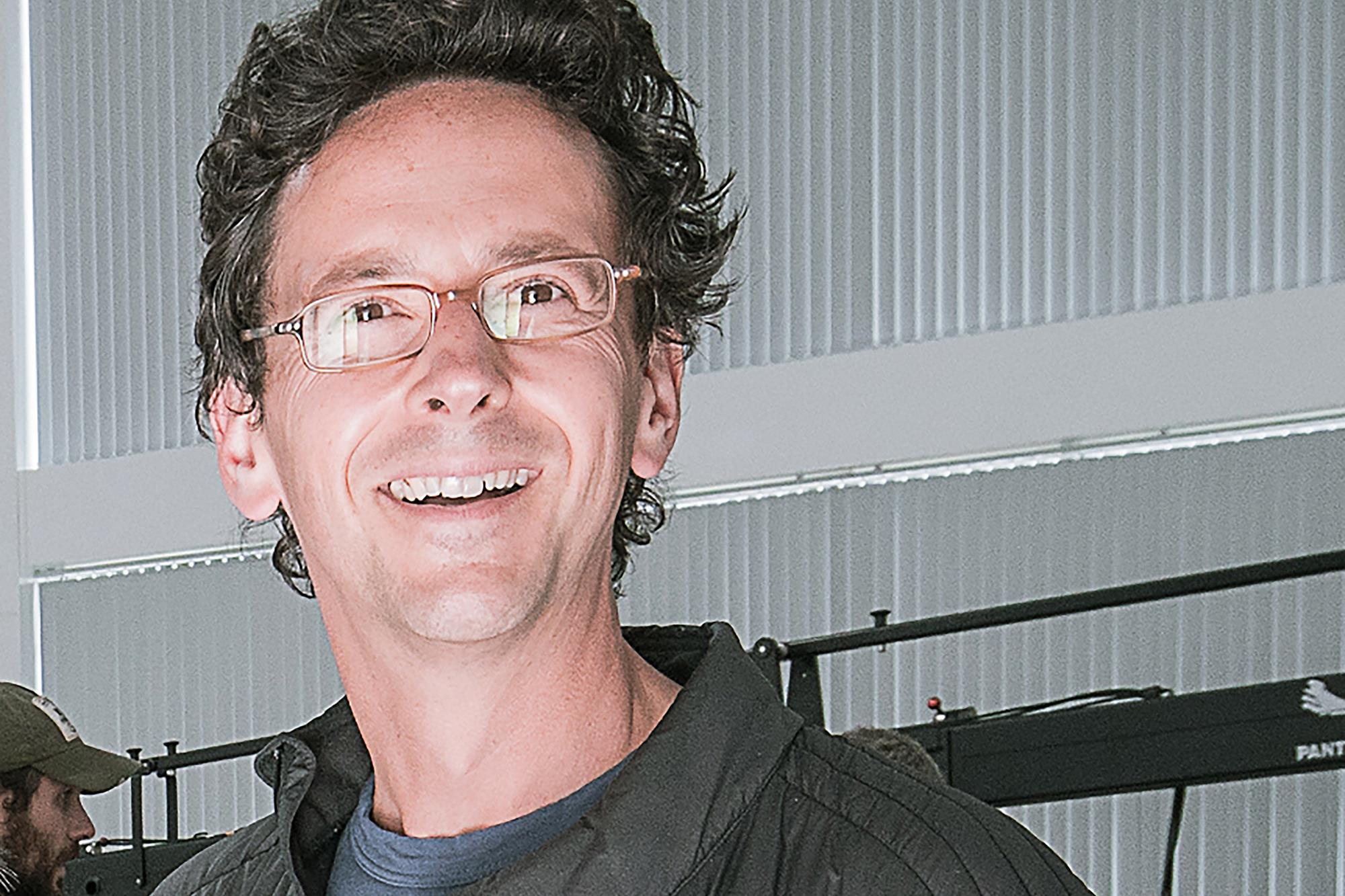 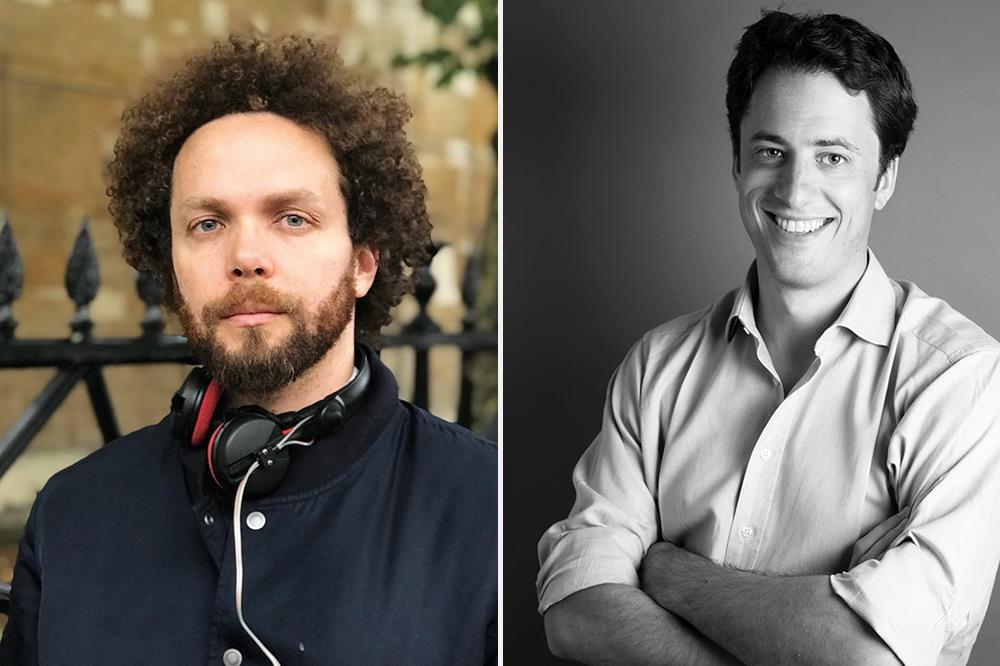 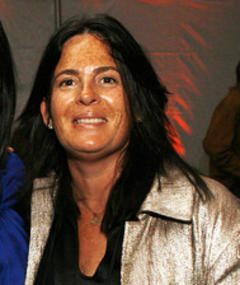 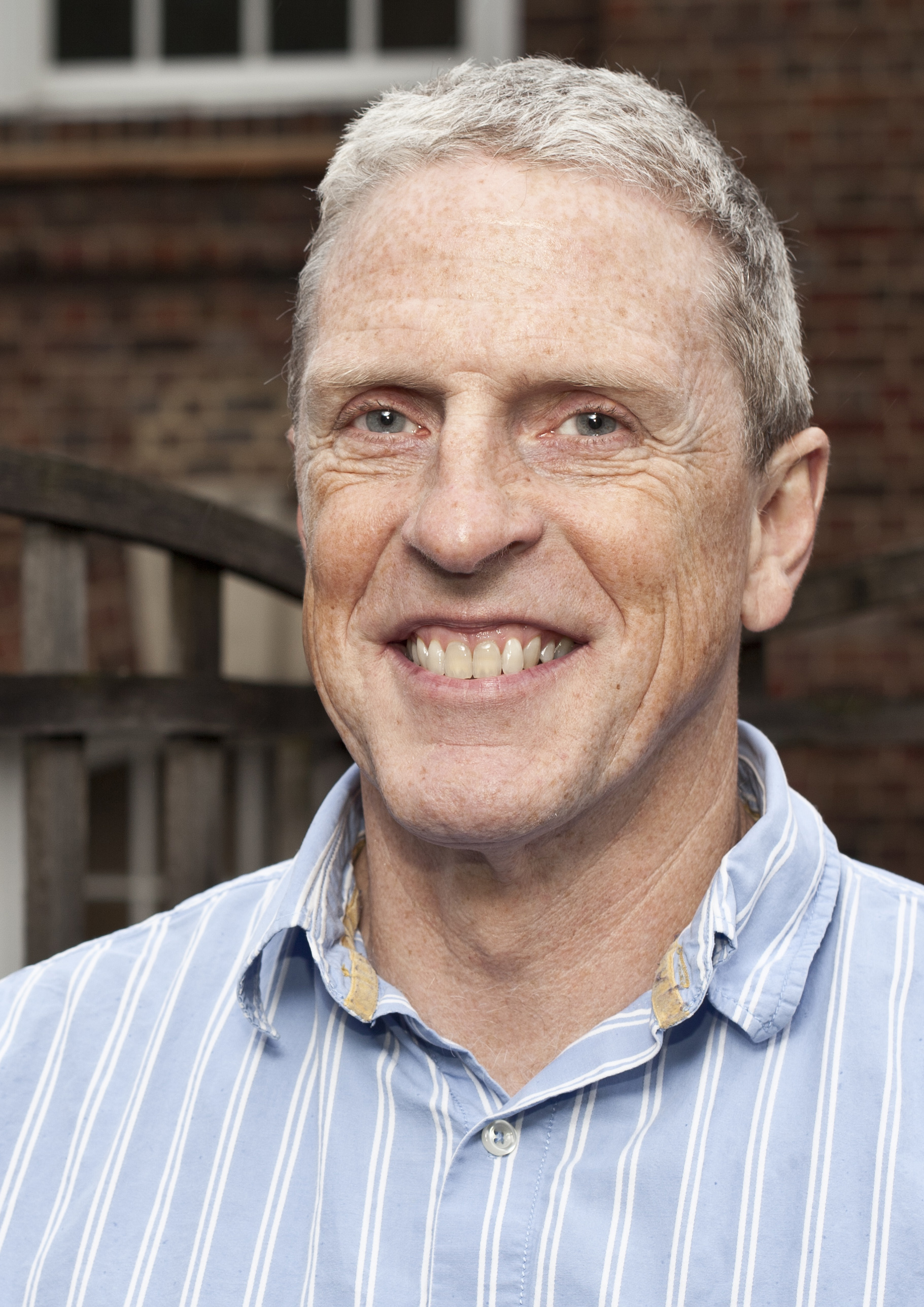 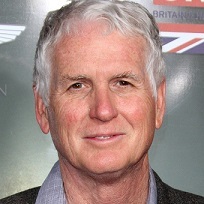 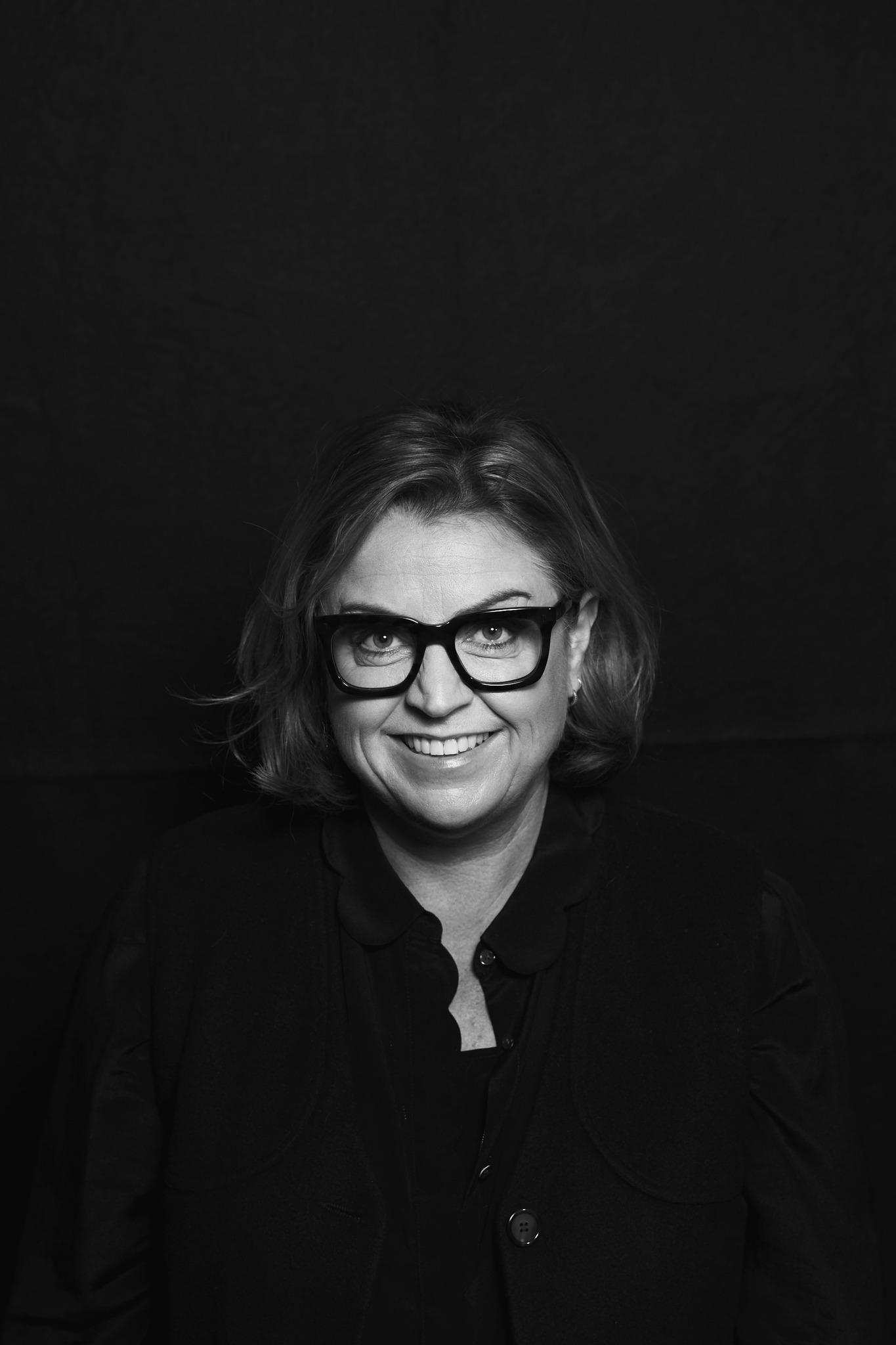 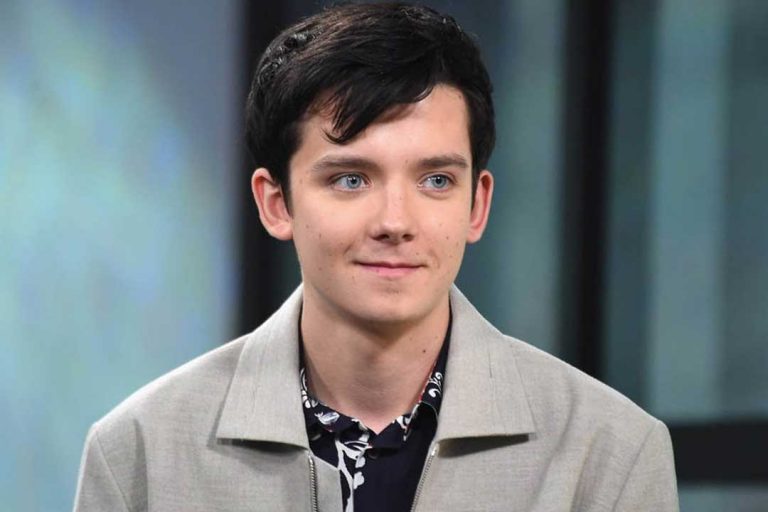 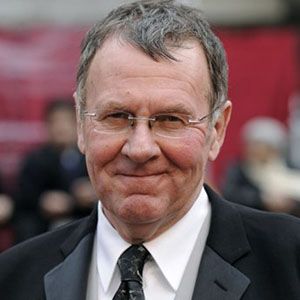 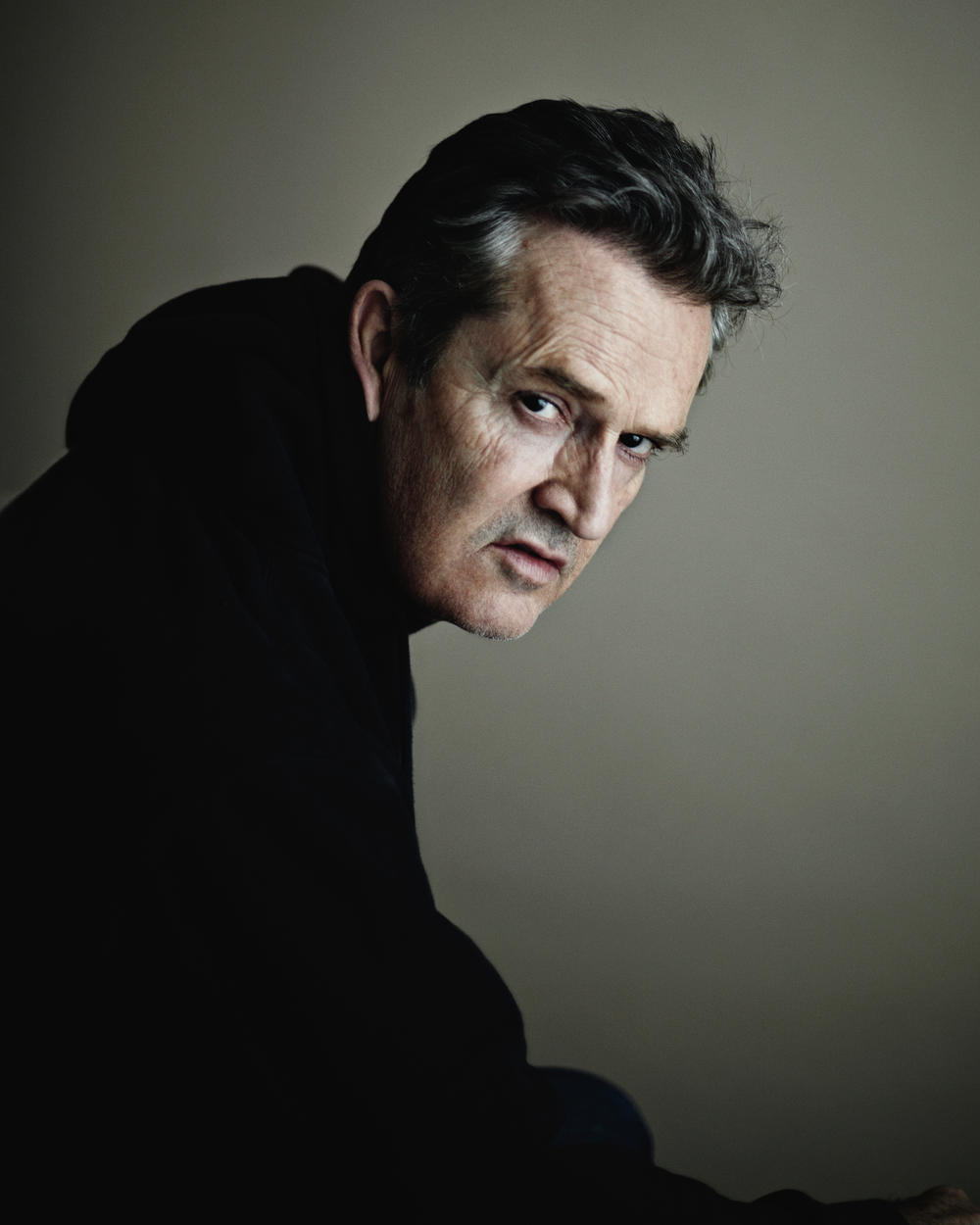 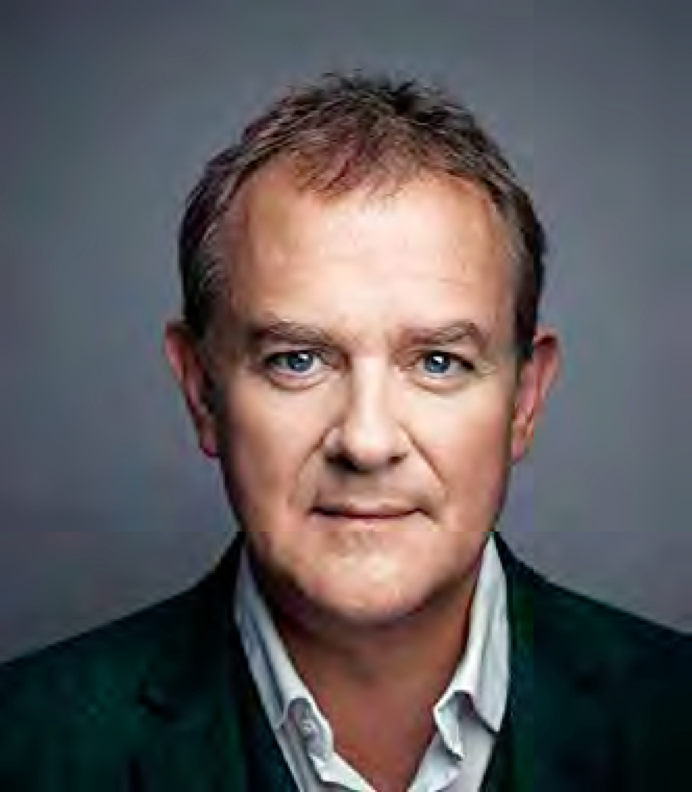 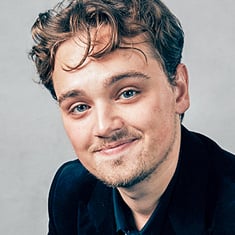 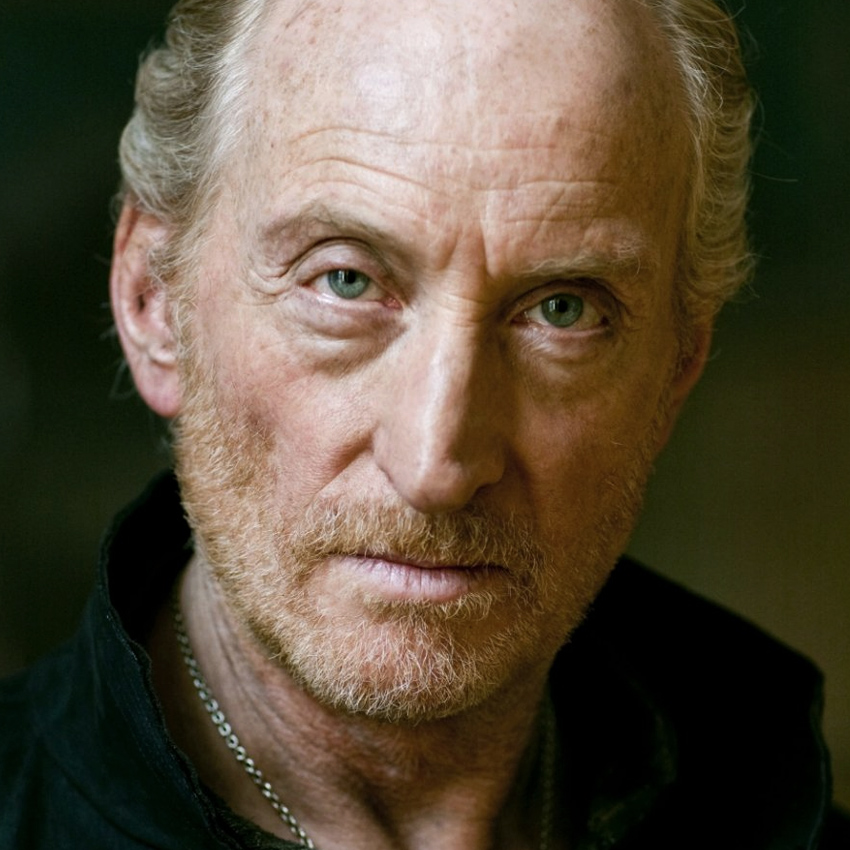 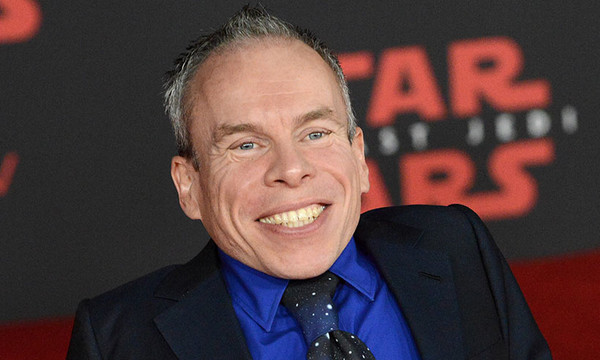 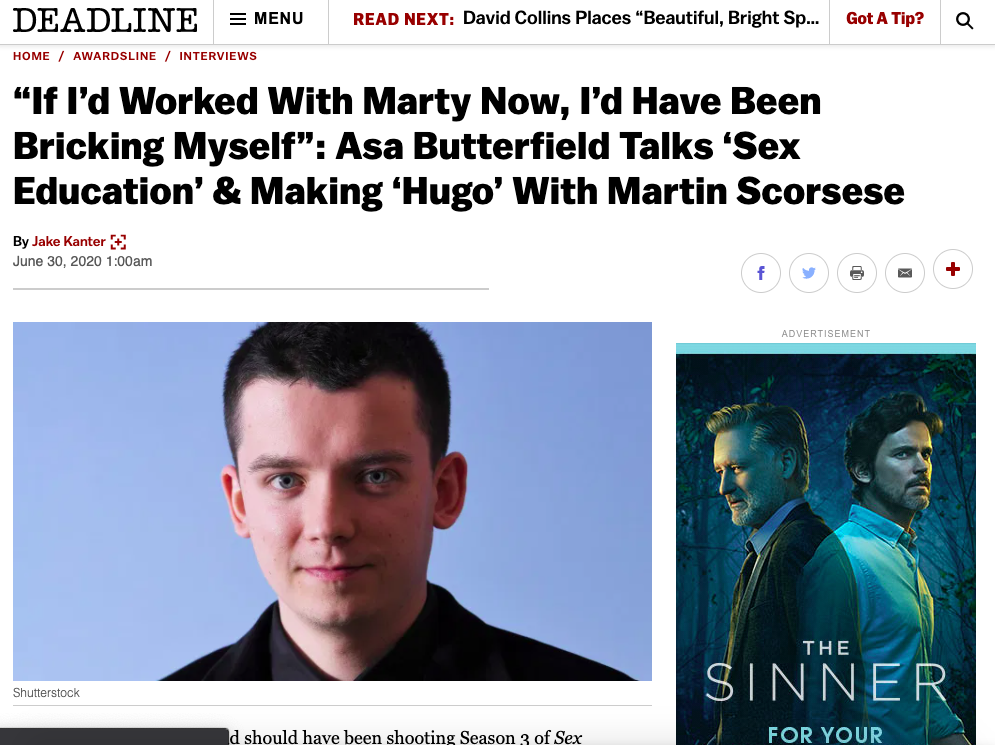